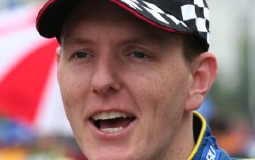 Dean Herridge and Subaru Rally Team China have bounced back from a disappointing non-finish in Mohe earlier this month by capturing 2nd-place at the Changbai Mountain Rally.

The third round of the Chinese national rally series, Changbai Mountain was contested over roads near the North Korean border in China’s north-east. And the rally held plenty of drama for spectators and competitors right from the first forest stage.

After completing Friday’s Super Special stage in 3rd, Herridge and co-driver Chris Murphy moved up to second place when early leader Fumio Nutahara punctured, setting a trend that the rest of the field would follow. Along with Nutahara, Juha Salo, Liu Dong Cao, Tony Green, and Dean all collected punctures during Saturday’s stages.

“It’s been a really tricky and demanding day”, Dean commented after the completion of the Saturday’s six stages. “The roads are narrow but very high speed. The two 30km stages we ran today (used three times during the leg), averaged 130 km/h and 110 km/h.” 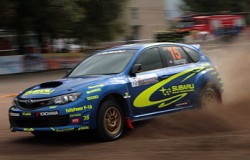 By the end of leg 1, Juha Salo lead the field, with Herridge and Wei Hongjie holding the podium places. But with large gaps between them, and only 60km of stages to run on Sunday, there was nothing to be gained by pushing too hard, and the top three maintained their positions to complete the event.

That meant Herridge not only scored his first Chinese podium of the year, but also the first podium for the new SRTC 2008-spec Impreza GRB.

“It’s the first podium for the new car, and I think the team was a bit nervous to make sure we scored a good result. Really, it’s our first true hit-out on gravel, so we’ve learned a lot about the strengths and weaknesses of the car.”

“Sunday was only a quarter of the distance of the entire rally, but the roads were really tricky; narrow and very bumpy. I think nearly 40% of the field were forced to retire, so we made sure we made it to the finish.”

And SRTC team boss Jiang Chen had nothing but glowing words for his #1 driver. “I think Dean is a very good driver. His state of mind is very good, and his control and rhythm allows him to obtain these results.”

After two back-to-back rounds, the CRC now takes a five week break, with Rally China starting in Longyou in the first week of November. Longyou also hosts China’s round of the APRC, and Dean is keen to pit his Subaru GRB against the leading APRC crews. “Longyou should suit us more than the last two rounds. I think we’ll be very competitive.”