Dean’s 2011 Season Kicks Off in the High Country 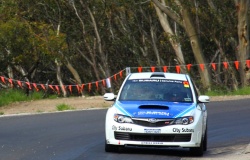 It’s been a while since the team returned from Targa Tasmania, but Dean Herridge and the Maximum Motorsport crew have been busy in their Perth workshops, preparing for the 2011 Australian Targa Championship.

“Our 2011 season starts in November with Targa High Country”, commented Dean this week. “It’s the first time this event has been run, and although it includes the same road used in the Mt Buller Sprint, it also incorporates roads around Mansfield and Eildon. In some ways it’s similar in format to Targa Wrest Point, I can’t wait to see if it and I think it will be an event that suits our Subaru WRX STi.” 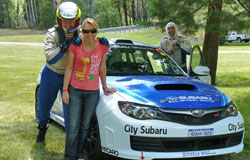 “Late last year we took just one car and a small crew to the Mt Buller Sprint, and were very pleased to scored a podium at our first attempt. This time we are hoping to take multiple cars from Maximum Motorsport; one for myself and one for Graham Iddles, and we’ll have the full team and a full support team. So we’re going there to have a good hard ‘crack’ at it.”

And while Dean is focused on the ATC, Maximum Motorsport cars will also contest Targa West in just two weeks time. “We had a great time at Targa West last year”, said Dean. “It’s my local tarmac event, but it was the first time I was able to compete in it, and a second-place result was pretty pleasing. This year the dates clash with some of my promotional commitments with Subaru Australia, so I’ve had to pull out. 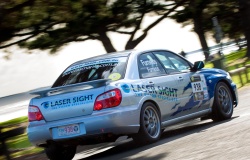 But Dad (Rob Herridge) will be there again. He’s competed in all the Targa West events and has scored top-10 places each time, and this year will drive an ’08 WRX STi for the first time. Plus we’re running cars for Graham Furness and Brian McGrath. So even though I won’t be driving in the event, there’ll be plenty of Maximum entries ‘flying the flag’ for Subaru.”

Along with his tarmac rally commitments, there’s a possibility Dean will return to gravel rallying later this year. “I’ve been talking to one of the leading teams in the Malaysian Rally Championship. We are hoping that I’ll be able to going up there for the final two rounds of the national series in October and
December. It’s still early days, but it would be great to get back onto gravel, and in a series I’ve never contested.”

Targa West starts on August 26, Targa High Country on November 5, with information about the progress of all the Maximum Motorsport cars available on www.maximummotorsport.com.au.