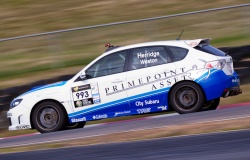 Maximum Motorsport’s own Dean Herridge will feature in the ‘Rally Explosion’ at November’s Festival of Speed, when he takes on former WRC rally star Alister McRae. It will be an old-fashioned, head-to-head, grudge match, as Subaru takes on Mitsubishi in a battle of the Japanese giants.

“It’s going to be great fun, both for us and the crowd”, commented Dean. “These cars, the Subaru WRX STi and the Mitsubishi EVO, have dominated the World Rally Championship and regional rally championships for much of the past 15 years. It will be great to see them going one-on-one again. Both marques have a large following, here in Australia and right around the world. So expect to the crowd to getting involved.” 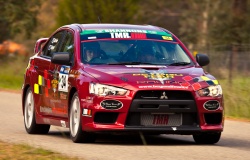 Along with the ‘Rally Explosion’, the Festival of Speed will also feature hot laps by Mark Webber in his Red Bull F1 car, Dean Fiore in his Triple-F V8 Supercar, V8 touring cars from the 1970s, Porsche, Ferrari, Corvette and Cobra supercars, current and vintage motorbike, Truck racing and even an Eagles vs Dockers race.

For full details, go to www.festivalofspeed.com.au.