Maximum Takes to the Mountain 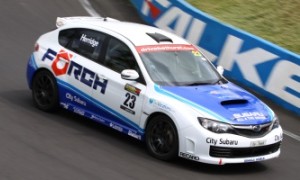 “This is something we’ve been looking at for a while”, Dean said from the Maximum Motorsport workshop in Perth. “We had a successful test session at Mount Panorma in November. We were pretty happy with the times we managed to set in the 2.0L tarmac rally car. For the ’12 Hour’ we’ll use the 2.5L car that debuted at Targa Tasmania last year, set up specifically for this event”.

“I guess the decision has surprised a few people. Maximum is pretty well known for tarmac and gravel rallying, and this is our first foray into production car racing. But I have competed in the ’12 Hour’ a couple of times, and we’ve got guys in our team like Steve Wisby who was involved in Glen Seton’s touring car team for many years. So as individuals, we all bring plenty of motorsport experience to the team.”

“Joining me in the car will be John O’Dowd and Angus Kennard. John is a regular with our team; he drives a Maximum-prepared Subaru in the WA state rally championship and has completed in the ’12 Hour’ a few times now. Last year he finished 4th Outright in a Greg Murphy Racing prepared EVO 8, and he knows his way around the mountain. Angus has quite a bit of tarmac rallying experience, and regularly campaigns the ex-Subaru factory WRX STI that I drove in the ’12 Hour’ with Chris Atkinson and Cody Crocker in 2007.” 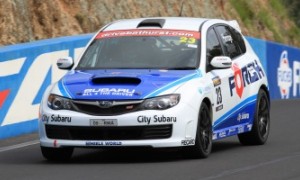 “So it may seem that we’re stepping into new territory, and in some ways we are. But we think we’ll be competitive with the other cars in our class this year, and we’ll be building experience for future years.”

And while Bathurst offers some new challenges for the team, Maximum Motorsport will be contesting Targa Wrest Point, the second round of the Australian Targa Championship, on the weekend prior to the ’12 Hour’.

“Bathurst is a great opportunity, but Targa is our main focus”, commented Dean. “We had a great run at Wrest Point last year, and I think we shocked a few people by leading after the first day. Second place was good, but we’d like to go one better this time.”

“I really like this event. It’s based on roads south of Hobart and uses a lot of stages previously used in Targa Tasmania several years ago. Stages like ‘Airwalk’ and ‘Cygnet’ are fantastic to drive and have become favourites for many. And this event really allows our Subarus to shine. There are a couple of pretty narrow and bumpy stages on this event, and that gives us a bit of advantage against the larger cars.”

We had a good start to the season at Targa High Country in November. We banked some solid points, even though we suffered during the event with brake problems. That’s now behind us, and we’re looking to really attack at Wrest Point and ruffle the feathers of some the ‘exotics'”.

Targa Wrest Point, the second round of the Australian Targa Championship, runs over the weekend of January 29 and 30. The Amour All Bathurst 12 Hour takes place on Sunday 6th February.