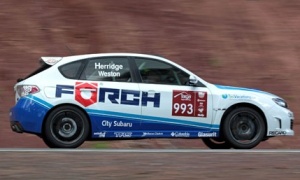 It’s been a positive start to the 2011 Australian Targa Championship for Dean Herridge and Glen Weston with 4th place at Targa High Country.

On the opening day, running on roads expected to suit the faster cars, the pair managed to stay in touch with the leaders to sit in 4th place at the end of the first leg. “We were really pleased with our performance during Saturday”, noted Dean at the end of two hard days of competition. “The stages didn’t really suit our car, and all the guys ahead of us were in cars with much larger engines. On top of that we had a few brake dramas, so to be in fourth by the end of the day was great.” 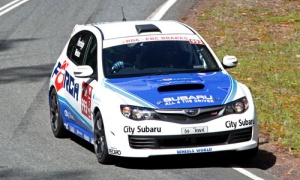 “Sundays stages were twistier than Saturdays, and we expected to be a lot more competitive. Unfortunately our brake problems re-appeared during Sunday morning and for three stages we had virtually no brakes. That meant we had to slow down to make it back to service. But once we got on top of that we managed peg back a fair bit of time to Jimmy (Richards).”

“So although Sunday didn’t quite work out the way we’d planned, it was actually better than the results suggest. For this event we ran E85 fuel in our car, and we’re really happy with the improvement in horse-power and torque. We’ve now got some good points ‘in the bank’ for the rest of the championship and we’ve got some more development planned for the car. Maybe not the result we wanted, but a solid result”. 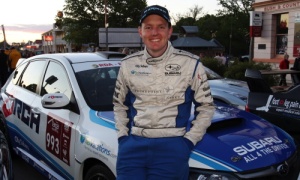 After a post-event of timing revision Kevin Weeks was named the event winner, beating fellow Lamborghini driver Jason White by 20 seconds, with third-placed Jim Richards just over a minute behind.

The next event is Targa Wrest Point, run on roads south of Hobart. “We had a great run at Wrest Point last year. I think we shocked a few people by beating the Lamborghinis on the first day. Second place was good, but we’d like to go one better this year.”