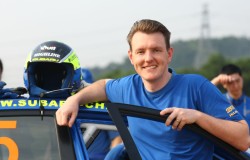 With the Beijing Olympics completed, the Chinese Rally Championship resumes in earnest. And next weekend Dean will step back into his 2008-model Subaru WRC STI prepared by Subaru Rally Team China.

Round 2 of the series is a brand-new event for the CRC, Mohe in Heilongjiang held in the far north of China on the Russian border. (Check out the map and video below).

“It’s right up on the Russian border. Our team is based in Shenzen, just north of Hong Kong in the south of the country. And with all the mountainous roads it’s going to be a 10 day trek for the team trucks and cars to get there. So they’re already on the way, even before I leave Perth!”

“I’ve seen a few pictures of the stages. It looks fairly fast and (the roads) reasonably hard-packed. And because it’s up north, it should be cool conditions. This time of year, most parts of China are pretty humid. But it should be lot cooler up there. This round has taken a couple of years to make it into the championship, because of the distances involved. But there’s a lot of local support, and it’ll be new and exciting for everybody”.

Even though there’s been a three month break since Rally Shanghai, the SRTC crew have been busy making improvements to the Dean’s Subaru in preparation for the first gravel event of the series.

“I’m very pleased with our last gravel test. It takes a little while with a new car, but the team has made good progress. With the information we’re getting from some of the PWRC teams, it makes it a bit easier and faster to get this new GRB model Subaru up to speed. It’s going to be a big challenge, and it’s different going from testing to rallying. But I’m going over there with renewed vigour and I’m really looking forward to getting this car onto the gravel.”

Rally Mohe runs overs the weekend of September 5-6. Make sure you come back to deanherridge.com for results of the rally as they come to hand. And to listen the full interview with Dean, just click the ‘Play’ button.

And to have a look at the Heilongjiang River, which forms part of the border between China and Russia, check out this video: 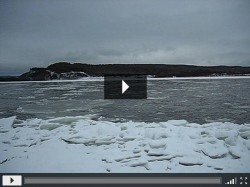 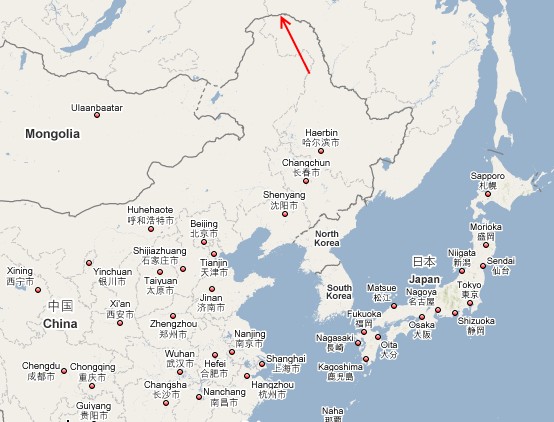